Digital Technology Is Here To Stay

There are countless articles discussing the potentially negative impact robots will have for the workforce of the future.  But then again, “who would want to hire and pay exorbitant six figure salaries for analysts and mathematicians when machines can master algorithms faster and with better precision?”  The daunting prospects of this scenario echoes across many boardrooms and must present enormous consternations for leaders across business and government, especially in developing markets such as Africa.

Perhaps the prospect is more stark in Africa because it dispels the notion that Africa will take over from where India and China left off in the low cost production industries.  This may never materialise if robots takeover the jobs Africa is vying for.  As it stands in mid-2019, it also does not appear that African companies are at the forefront of digital technology, Artificial Intelligence (AI) and Machine Learning (ML) innovations; certainly not on the scale that will make any dent into saving the job prospects of over 705 million people.

“Africa’s working-age population is projected to increase from 705 million in 2018 to almost 1 billion by 2030.1 As millions of young people join the labor market, the pressure to provide decent jobs will intensify. At the current rate of labor force growth, Africa needs to create about 12 million new jobs every year to prevent unemployment from rising. Strong and sustained economic growth is necessary for generating employment, but that alone is not enough. The source and nature of growth also matter.”  African Development Bank,  Africa Economic Outlook, 2019

”Africa’s labor force is projected to be nearly 40 percent larger by 2030. If current trends continue, only half of new labor force entrants will find employment, and most of the jobs will be in the informal sector. This implies that close to 100 million young people could be without jobs”.  African Development Bank,  Africa Economic Outlook, 2019

“Amazon’s Clever Machines Are Moving From the Warehouse to Headquarters.  In a major reorganization, the retail veterans who once decided what to sell on the site have lost out to the marketplace data scientists….Amazon.com Inc. has long used robots to help humans move merchandise around its warehouses.  Now automation is transforming Amazon’s white-collar workforce, too.  The people who command six-figure salaries to negotiate multimillion-dollar deals with major brands are being replaced by software that predicts what shoppers want and how much to charge for it.”   (Spencer Soper, June 13, 2018, 11:00 AM GMT+1, www.bloomberg.com).

However, it may not all be doom and gloom but will require the right strategies and drastic action to create the right source of work that generates sustainable future growth.  Hannah Fry (2018) believes we do not have to worry too much about the prospects of digital technology taking over at this stage.  In Hello World she argues that “…although AI has come on in leaps and bounds of late, it is still ‘intelligent’ in the narrowest sense of the word.  It would probably be more useful to think of what we’ve been through as a revolution in computational statistics than a revolution in intelligence….it’s a far more accurate description of how things currently stand.  For the time being, worrying about evil AI is like worrying about overcrowding on Mars.”

Humans Need To Be Different

We do need to tap into our “humanness” to complement the emerging technologies and carve a niche.  Joseph Anou (2017) explains we need to differentiate ourselves from the emergent AI and robots not by being better at crunching algorithms or predictions but at understanding the highly technological world of machines and using our unique qualities i.e. capacity for creativity, mental flexibility and mastery of content and development of practical skills.

As humans, we need to develop competencies in understanding technology and how it works, data analytics and human literacy (that equips us for engagement and communication with others).  We also need to develop cognitive capacity in critical thinking and systems thinking to manage complex systems for technology and human engagement.  Cultural empathy is also important for understanding the nuances of the diverse groups of individuals (culturally, gender, socially etc.) we have to network with both internally and externally to our organisation.

Innovate For The Future 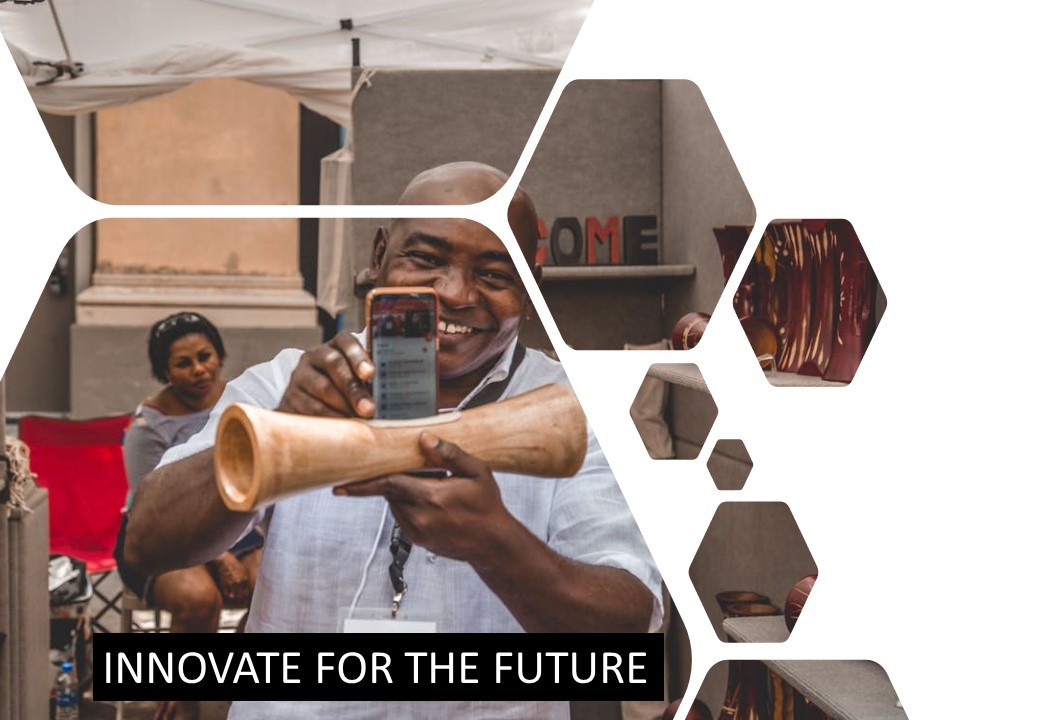 One of the crucial capabilities for the future for humans is also the ability to invent new jobs, jobs that currently do not exist e.g. Uber, Amazon, Airb&b etc are examples of models that did not exist 20 to 30 years ago.  From this respect, technology is not a treat but a source of opportunity.

Amazon’s story illustrates the challenges leaders face in determining how and where to apply these emerging technologies to benefit the organisation and its people.  What is clear is in the future there will be coexistence not complete replacement of people (‘relevant people’)with technology.

“Amazon’s warehouses will always need human staff, the firm’s chief robotics technologist has told the BBC - The company said it had deployed more than 200,000 warehouse robots working in around 50 of its locations.  But despite Amazon investing heavily in advanced robotics, Tye Brady said the firm’s centres would never reach the point where they could be fully automated”.  Dave Lee, BBC North America Technology Reporter, 11th June 2019.

Reskilling Your Workforce For The Future

Becoming digitally ready and transforming your organisation to be successful in the digital age requires more than implementing technology.  Your employees/workforce will need to develop new competencies and skills, in some case existing teams will be reskilled to perform different functions.  It is also about more than “just training” and requires a structured approach to delivering organisational learning, adoption of the right digital learning infrastructure, content and performance measures.

The fastest and most effective way of reskilling large groups of people is by adopt digital learning (online, mobile and virtual).  From traditional business topics to developing new competencies and skills in technology, data analytics, critical thinking, systems thinking and culture, digital learning will deliver the right tools such as simulation, gamification, video and audio courses, curated online and live delivery for effective learning.  Digital leaning will also provide a cost efficient environment for continuous learning.

For more information on how The Learning Nuggets Company can support your organisation through your digital transformation journey, organisational learning and development and employee/workforce competencies and skills development initiatives Contact Us now or Get In Touch by completing the form and we will get back to you.

Useful reads:  (a) Guardian UK  Experts warn that, in the future, your online activity could be taken into consideration when you apply for a loan – or for a job. (b) No secrets at home anymore now Amazon’s Alexa is spying on us.  (c) Hannah Fry, Hello World, Doubleday, Great Britain, 2018.  (d) Joseph E. Aoun, Robot-Proof. Higher Education In The Age Of Artificial Intelligence, The MIT Press, 2017, (d) African Development Bank, African Economic Outlook, 2019.

Coronavirus – Information For Our Customers.

LNC has been selected to join the Global Business Coalition For Education COVID-19 Response.

We provide digital transformation and business continuity solutions for organisations.

Get in touch to discuss your needs